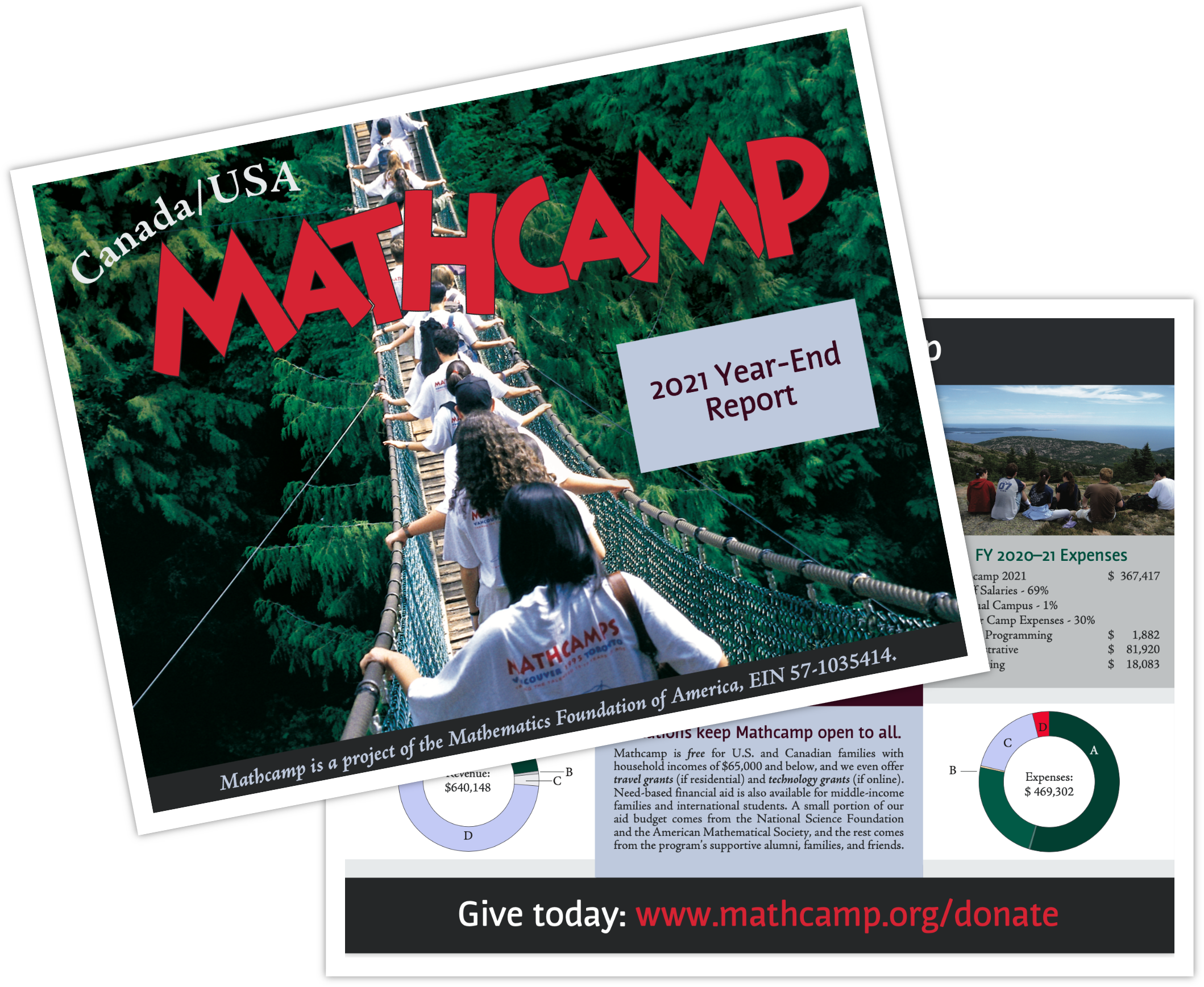 In 2021, for the first time in Mathcamp’s history, we came to the same campus for the second year in a row. Due to the ongoing pandemic, Mathcamp 2021 was again held online, on our custom platform. Once again, it went very well, and—even after students and staff had spent a year going to school online—participants were really engaged. We were honored that campers gave rave reviews!

“ There had been many things in math that felt like unexplainable magic to me before Mathcamp. After Mathcamp they still seem like magic, but of a different kind of magic – the one you understand and can use to your advantage. ” 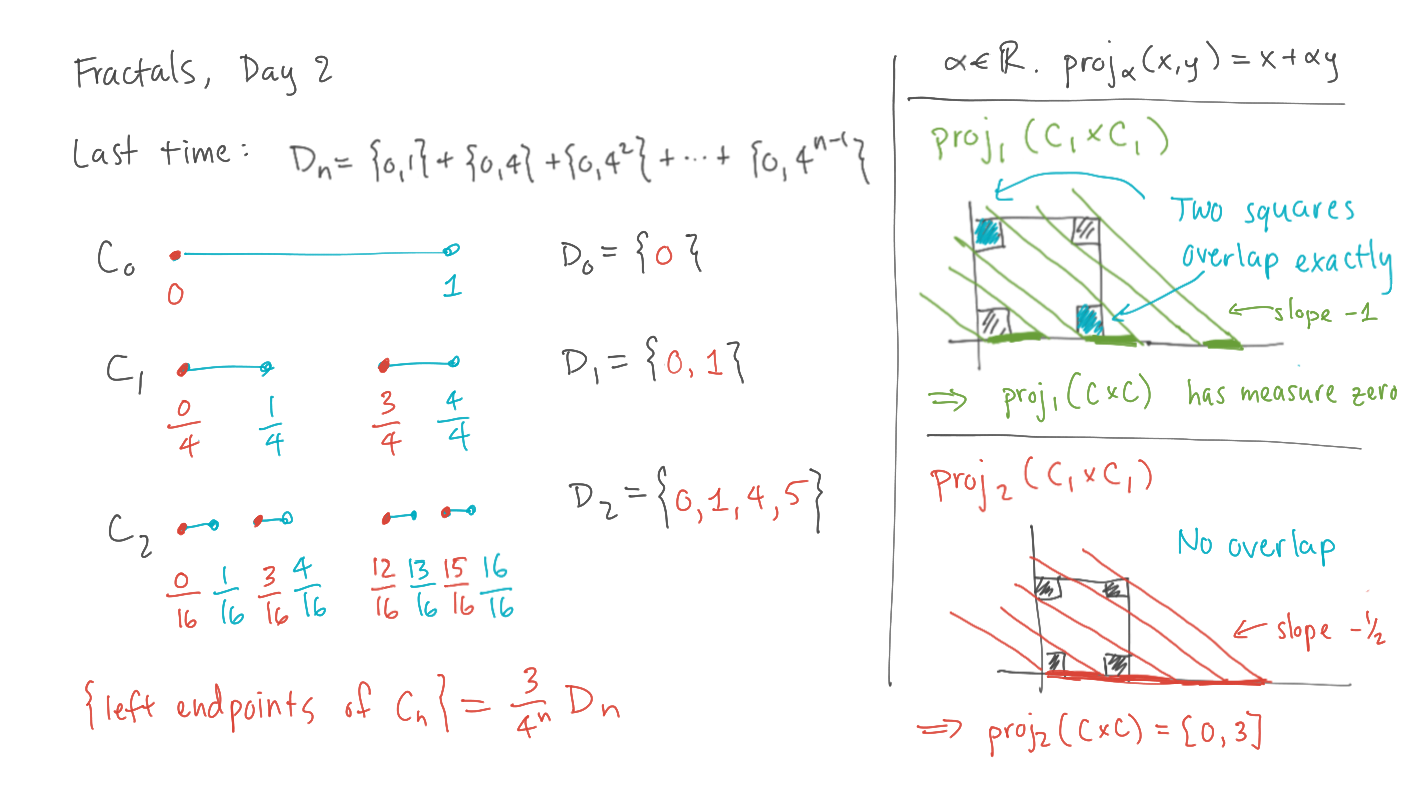 “ In the first two weeks, I didn't attend many activities or talk to that many people, but once I got to know some other campers it's surprising how easy it is to become really close friends, even if we aren't in person. ”

Many of our campers keep in touch long after camp ends, and some of the events from this summer are still happening on a regular basis. One of our students wrote about camp: "The only bad thing about Mathcamp is that it ends."

As we look forward to returning to a residential program in 2022, we join our students in saying: thank you to our supporters for helping us to create an amazing Virtual Mathcamp 2021!