All Mathcamp programs and reunions are currently online: Learn more.

Problem solving and competition-style math plays an interesting role at Mathcamp: it can be a big piece of your mathematical experience, or play little to no role at all. (It's not the central focus of our curriculum, though, so if you're looking for a full schedule of contest math preparation, then this probably isn't the right fit for you.) As with all subjects, our goal is to make problem-solving resources and activities available to students and invite students to choose what interests them most.

We run two weekly competitions and teach one or two classes each day on problem solving (some at a beginner/intermediate level, others at the Olympiad level). Among both students and staff, you will find people who have won medals at the IMO and people who have never done a problem-solving competition in their lives. And of course, in the Mathcamp library, you'll find lots of books on problem solving (and people who want to talk about problems with you!). 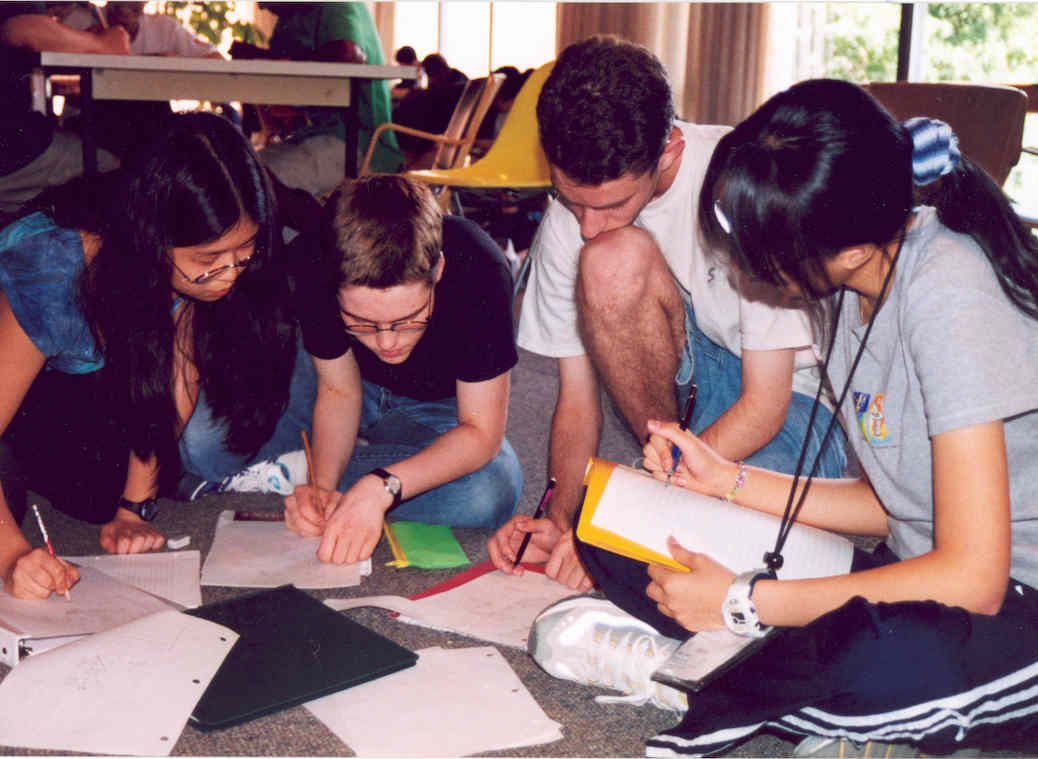 Team Problem Solving is an olympiad-style competition held weekly throughout camp at Virtual Mathcamp on Saturday afternoons from 1pm to 3pm PT (right after Field Trips). Campers can opt to participate in advance of camp and can choose between two types of teams:

The results of the five weeks are added, and prizes for the winning teams are awarded at the final assembly.

"Relays" are a fun, light-hearted Friday afternoon activity at Virtual Mathcamp, and most of camp participates: it's a chance to run around outside in the sunshine and solve quick math problems. Campers organize themselves into teams of 5-7 people and again opt for "mellow" (we're just here to relax) or "hardcore" (we're in it to win it) and spend an hour solving problems as a team: logic problems, games, 'traditional' contest problems -- you name it. (The prize for winning may involve candy.)

We teach one or two Problem-Solving Classes, at beginner and Olympiad levels, each day. Recent topics have included ARML Power Rounds, Diophantine Equations, Inequalities, and Geometric Transformations. The topics change from year to year, so both new campers and returning alumni can dive into problem-solving techniques together.